Best Attractions on the Ring Road of Iceland


The Ring Road of Iceland is the most popular tourist driving route in the country. However, taking on this long highway that stretches around the entirety of the island is no easy task. Driving the Ring Road of Iceland requires careful planning, in order to ensure you see only the best attractions of your road trip in Iceland. But don’t worry — we’re here to help.

We’re going to answer some of your most-asked questions about Iceland’s Ring Road, including…

To learn the answers to these questions and more, keep reading.

First things first, here are a few key facts you’ll want to know about the Ring Road of Iceland before you start planning your Iceland Ring Road road trip.

Iceland has one main road: the Ring Road, or more formally known as Route 1, but also sometimes called the Circle of Iceland. It’s quite literally a circular road that goes around the whole island. If you’re travelling anywhere in Iceland, you’ll end up on the Ring Road at some point, whether you’re just doing a short trip between a few spots, or you’re seeing the entire country.

The Ring Road is 1,332 kilometres or 828 miles. Nearly all of it is paved (98% of it, at least) and it’s primarily all two lanes (although there are some bridges with one lane). The speed limit on most of the Ring Road is 90 kilometres per hour or 55 miles per hour.

Iceland’s Ring Road is the most popular self-driving route for tourists who choose to rent a car in Iceland. It’s the easiest way to see the majority of the country, as it’s typically well maintained and kept clear of snow.

While you can certainly see a lot of Iceland while on Route 1, you won’t see every single region. The route sticks primarily to the coastline. If you want to see every region in the country, you’ll need to take some detours. However, sticking to only Route 1 will still allow you to see all the most popular attractions and towns in Iceland.

The road conditions along the Ring Road vary greatly between summer and winter. While the road is mostly accessible and kept clear of snow all year, sometimes changing weather conditions can prove problematic. For this reason, it’s important to arm yourself with the knowledge you need to travel around Iceland in the winter.

How Long Does it Take to Drive the Ring Road in Iceland?

In order to fully experience all that the Ring Road offers, it’s recommended that you spend, at a bare minimum, seven days travelling along Route 1. This will require you to move quickly, but will still allow you to see most of the top spots.

If, however, you want to spend more time exploring and not have to rush, it’s advised that you set aside 10 to 14 days for your trip around the circle. If you have even more time and are coming in the summer season, you can extend your trip to the Westfjords or Highlands, too (though you’ll need to rent a 4x4 in Iceland if you plan on visiting either of these regions).

This advised timeframe is adjusted during the winter, though. Between October and March, we recommend setting aside 10 to 14 days at minimum for your trip and never try to do Route 1 in seven days. This is because the harsh winter weather can impede your travel; if you end up stranded in one location for a day or two as you wait out a snowstorm, it could throw off your entire itinerary, if you’re not careful. Additionally, you have to account for less daylight in the winter, meaning less time to see outdoor attractions (on some winter days, we have as little as five hours of daylight!).

In this article, you will find the best self-drive itinerary for winter and summer if you are planning a 10-day trip to Iceland.

If you decide to travel the Ring Road in summer, you can save time by not booking accommodations off the route, but by renting a campervan in Iceland, so you can sleep along the way.

What’s The Best Way to Explore the Ring Road?

The best way to see the Circle of Iceland is by car. If you rent a car in Iceland, you’ll be guaranteed the freedom and flexibility you need for an enjoyable and stress-free trip around Route 1. Need more info? Check out our full guide to renting a car in Iceland.

Which way do you drive the Ring Road?

Once you have your rental car, you may be wondering what’s the best way to drive the Ring Road, but there’s really no one answer. You can drive the Ring Road in whatever direction you want. However, we recommend driving the route in a counterclockwise direction, starting around Reykjavik. This allows you to see some of the more popular attractions on the Ring Road first, near the Golden Circle.

What are the Best Attractions on the Ring Road of Iceland?

As mentioned, most of the best attractions in Iceland are the same ones that you find along the Ring Road, but not all of Iceland’s coolest spots are here. Some of the attractions and regions that aren’t on the Ring Road include the Golden Circle, the Blue Lagoon, the Eastfjords, the Arctic Coast Way, the Snaefellsnes Peninsula, the Westfjords and the Icelandic Highlands.

In this map, you will find all the famous stops in the Ring Road of Iceland, as well as some interesting detours that are worth visiting.

To see all the main attractions on the Ring Road, as well as take some cool detours to see spots and regions like those above, here’s what to add to your itinerary.

Ring Road Top Attractions in the South of Iceland

Want to take a detour while you’re travelling the Ring Road in the South of Iceland? Go around the Golden Circle, which is another popular driving route that’s much smaller and takes only about half a day to a full day, depending on how fast you’re going. In fact, many travellers start their journey with the Golden Circle and then move off of it and onto the Ring Road, travelling south. The Golden Circle’s most famous spots include Thingvellir National Park, Geysir and Gullfoss Waterfall.

When driving in South Iceland and renting a car here, we recommend booking ash, sand and gravel car insurance, as the region is very windy, risking damage to your rented vehicle.

As you move counterclockwise to East Iceland, here’s what to see and do, and where to stop.

Once you reach the north, you’ll find a lot of interesting attractions; however, there are also a lot of possible detours here. Here’s where to stop along the northern region of the Ring Road, as well as what’s worth a detour.

Want to take a detour while you’re travelling through northern Iceland?

Some of the spots worth taking a detour for include Dettifoss Waterfall, the second-most powerful waterfall in Europe; Asbyrgi Canyon, a horseshoe-shaped glacial canyon; and Husavik, a small town in Iceland renowned for its whale watching and now known for its appearance in the movie Eurovision Song Contest: The Story of Fire Saga.

The majority of the best spots to see in western Iceland are off of the Ring Road and require a detour. Some of the spots you can still see without a detour, though, include:

What is the Best Time to Do the Ring Road of Iceland?

The best time to travel the Ring Road in Iceland will all depend on what’s most important to you and your family.

Do you want the best weather? If so, you should travel the Ring Road during the summer months of June through August, as that’s when you’ll get the most daylight, warmest temperatures and least precipitation.

Do you want to avoid tourist crowds? Then visit in the spring, fall or winter.

Do you want to save the most money? Then visit in the winter, but just know that you may run into some bad weather.

Most travellers choose to travel to the Ring Road during the summer months, because of the extra daylight and added convenience.

Want more information about the best time to visit Iceland based on the weather? Check out our full guide to Iceland weather.

Can I drive the Ring Road of Iceland in the winter?

Yes, you definitely can still drive the route during the winter, but you just might not be able to move as quickly around the route and you might run into some bad weather. Still, there are a lot of great benefits to travelling around Iceland during the winter months, including better prices on things like hotels, flights and rentals, as well as the chance of seeing the Northern Lights.

Just keep in mind that the weather will be unpredictable during your trip and you might run into some road closures. Flexibility is key, as are good driving skills. Read more with our full guide on driving in Iceland in the winter.

What car do I need for the Ring Road of Iceland?

If you’re planning to rent a car in Iceland for your Ring Road adventure, you’ll want to pick the best car for you.

Rent a 4x4 in Iceland if you’re travelling during the winter or if you plan to take any detours off of Route 1 that will lead you to the Highlands or Westfjords. The most affordable 4x4 rental car for a winter trip would be the Dacia Duster; the largest would be the Land Cruiser, and the most family-friendly option would be the Hyundai Tucson.

Rent a campervan in Iceland if you want to save money on accommodations and camp along your journey.

Is the Iceland Ring Road Worth Travelling?

Absolutely! The Ring Road is the easiest way to see the majority of Iceland without a lot of research on your end. It takes you to most of the top spots in the easiest, fastest and safest way possible.

We’ll leave you with a few closing tips to prepare you for your Ring Road excursion.

Ready to get out on the Ring Road? Book your car with LAVA Car Rental today to get started.

See all our car rental options and book now

Renting a Car for a South Iceland Self-Driving Trip

What’s the best rental car to self-drive on Iceland’s South Coast? And the safest car rental choice to drive along the South Coast in the winter? To help you answer all these questions and more, we’re breaking down everything you need to know about renting a car for a South Iceland self-driving trip. 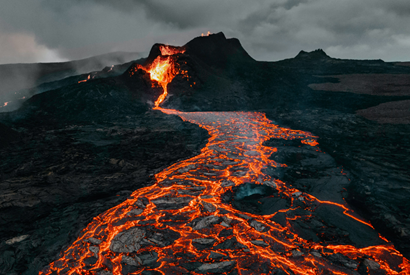 Visiting & Hiking to the Volcano in Iceland 2022

Everything you need to know about visiting and hiking Iceland's volcanic eruption: current status, hiking trails to Iceland's volcano, safety measures and what to pack for your trip. 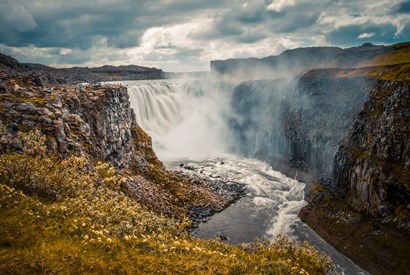 As the second most powerful waterfall in Europe, Dettifoss offers spectacular and breathtaking views. Keep reading to learn more about the Dettifoss waterfall, how and when to visit it in a self-drive trip, and local tips to make the most out of your journey in Northern Iceland.