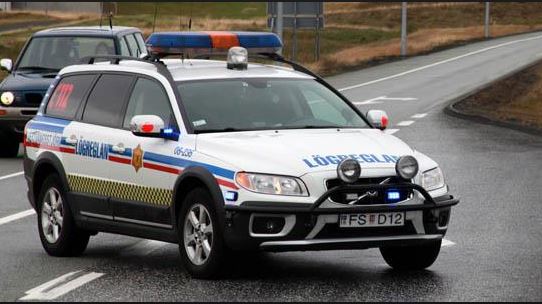 The police in South Iceland caught two tourists near Mýrdalssandur in April 2019 who seemed to be in a big hurry. Their speeds were measured at 163 kilometers per hour, almost double the maximum speed of 90 kilometers per hour on that particular road. Both drivers had their licenses suspended for two months and were forced to find other drivers for the remainder of their time in Iceland.

According to a police report, eleven drivers have been charged for speeding at Mýrdalssandur and Vík í Mýrdal yesterday. There were six foreign tourists and five Icelanders. Drivers were measured driving at 142, 141, and 136 kilometers per hour; in addition, one drove at a speed of 95 kilometers per hour through Vík, which has a maximum speed of 50 kilometers per hour.

In total, these eleven drivers will pay just over one million ISK in fines. Another ten drivers were charged with speeding elsewhere in the Police District in South Iceland yesterday.

We at Lava Car Rental encourage all our drivers to obey posted speed limits. It is a matter of safety for you, other drivers, and especially pedestrians.